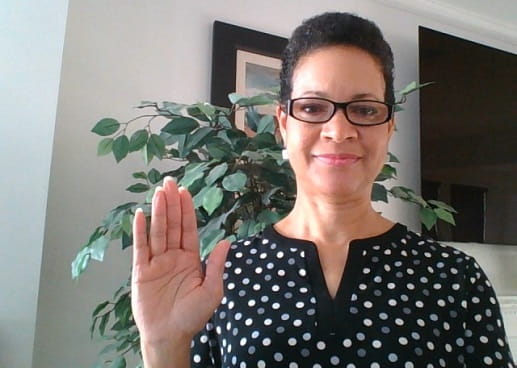 As a young adult, I witnessed successful businesswomen in the Black hair care industry who created their own hair products, had multiple salons, and were groundbreaking hairstylists. I was a hair model for Floyd Kenyatta, an international legend in the hair and beauty industry. I met women showcasing their incredible creativity, building their brands, and educating others. Now we are seeing large retailers like Sephora, Ulta Beauty, Macy’s, and Bloomingdales recognize the immense buying power of Black consumers. Along with other retailers, they are committed to having at least 15% of Black-owned brands on their store shelves.

In the early 1900s, many Black women suffered from scalp conditions and hair loss. Annie Malone believed that a better diet and better scalp health could improve hair growth. She created her own products, and after success in her home state of Illinois, she moved to St. Louis, Missouri, and founded Poro College, where she trained women and men on how to use and sell her products door-to-door. In 1916, Malone built her headquarters known as “Poro Corner” in St Louis. It took up a whole block, and along with the company offices, included the college, an auditorium, a dining hall, bakery, chapel, and a retail storefront on the street level.

Annie became a philanthropist and community supporter. She donated to Howard University and the Tuskegee Institute and used the Poro facilities to support community events and needs. She is largely responsible for building the St. Louis Colored Orphans’ Home and was board president for many years. In 1946 the home was renamed the Annie Malone Children’s Home and still operates today. Malone moved her Poro headquarters to Chicago, and though hindered by a costly divorce and the depression, the business continued, and she had 32 branches of the Poro School through the 1950s.

During the early 1900s, Sarah Breedlove, who would later be known as Madam C.J. Walker, struggled in St. Louis as a widow and single parent, working as a laundress. Walker also struggled with hair loss and was experimenting with solutions. In 1904 she not only began using Malone’s “The Great Wonderful Hair Grower,” but Walker would become one of Annie Malone’s Poro sales agents. Walker took her daughter A’Lelia and moved to Denver, Colorado, to sell Poro products and changed her name to Madam C.J. Walker. Walker’s time at Poro College and her time as a Poro agent inspired her to develop her own line of hair care products, including the “Wonderful Hair Grower.” In 1908 Walker moved to Pittsburgh, Pennsylvania, opened a factory, and founded Lelia College.

In 1910 Walker relocated to Indianapolis, Indiana, where she built the Walker Manufacturing Company. Walker was very skilled in building her brand. She employed 25,000+ men and women. Her licensed sales agents — the U.S., Central America, and the Caribbean — used the “Walker System,” which was heavily influenced by Annie Malone.

Walker was an advocate for the economic independence of women. She held the first national gathering of businesswomen in Philadelphia in 1917 (called the Madam C. J. Walker Hair Culturists Union of America) to train and motivate her agents. Awards were given for the highest sales and the highest charitable contributions to community causes.

Madam C.J. Walker’s life story is told in a 2001 biography written by her great-great-granddaughter, A’Lelia Bundles, called “On Her Own Ground.” You can also watch the 2020 four-part docuseries on Netflix called “Self-Made” based on Walker’s biography and produced by LeBron James.

The wealth that both Annie Malone and Madam C.J. Walker were able to build was astonishing for anyone at that time, but especially for Black women. Both women did more than create an industry and enhance the beauty of women; they helped black women understand their power and ability to gain financial independence.

The Black beauty industry has enabled Black women in all walks of life — including those in the C-suite of large global companies — to be more confident and okay with not confirming to a look that others are familiar or “comfortable” with. This industry has helped Black women exhibit their beauty in individual and unique ways.

As I look back at the accomplishments of Annie Malone and Madam C.J. Walker, I am forever grateful that the pioneers of the Black beauty industry “Chose to Challenge.” And I know that these two women continue to inspire future innovators in endeavors of all kinds. 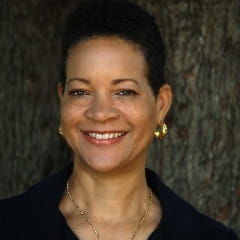 As the chief diversity and inclusion officer for NTT DATA Services, Terri leads the organization's implementation of a focused diversity, equity and inclusion strategy as a business imperative, supporting world-class innovation while fostering inclusion, advancement and retention at every level. In her current role, she leverages more than 20 years of experience in human resources, driving HR programs and initiatives that support business objectives in leadership development, performance management and workplace violence awareness and safety. Terri has a B.A. in Business Administration from Clark Atlanta University, an M.A. in Management from Indiana Wesleyan University and a Senior Human Resource Professional (SPHR) certification.