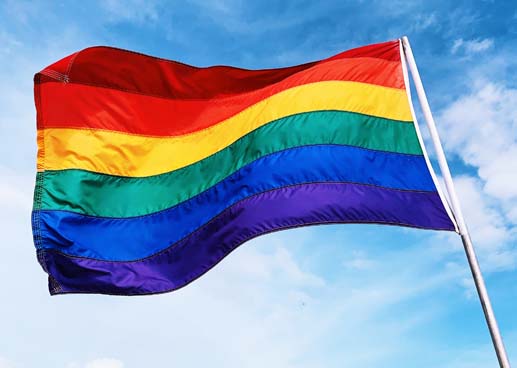 It was a typical Monday morning and I was at my desk in a typical corporate cube farm. One by one, my colleagues straggled in after a weekend of springtime fun. One of them noticed my sunburned face.

“Hey, Mark, where were you this weekend?”

I swallowed, took a deep breath, and responded as matter-of-factly as I could. “Oh, I was at the gay rights march in Washington.”

It was 1993, and just like that, I was out at work for the very first time. By the end of the day, everyone in my department had gotten the news. I heard through the grapevine that one of our salesmen was not thrilled. On the other hand, my boss stopped by to ask me about the march and talked fondly of his gay brother.

That became the template for how I come out at work — an offhand remark rather than a dramatic announcement. A few years later, I took over a large claims processing operation. I treated my senior staff, all of whom were women, to a “getting to know you” lunch. One of them asked if I wanted them to spread the word that I was single. “Sure,” I replied. “Just make sure everyone knows that I’m looking for Mister Right.” By two o’clock that afternoon, the word was out and so was I.

I share these anecdotes to commemorate National Coming Out Day, which is observed on October 11 to celebrate coming out as lesbian, gay, bisexual, transgender and queer (LGBTQ+). Created in 1988, National Coming Out Day originated in the United States and today is recognized in Australia, Canada, South Africa and many European countries.

Coming out at work is different than coming out to a loved one. Thanks to movies and television, many of us have seen wrenching scenes of teenagers coming out to their parents. “Mom. Dad. I have something to tell you.” Some of us have played out such scenes in real life.

Of course, it’s not just LGBTQ+ people who wrestle with coming out. Their parents, siblings and children have their own decisions to make. My mother once told me, “You’re coming out of the closet, and your dad and I are going in!” But coming out as the parent or other loved one does not require drama either. “I need to leave on-time this afternoon because my daughter and her wife are coming over for dinner tonight.” Done!

And coming out is important. As explained by Robert Eichberg, who with Jean O’Leary founded National Coming Out Day, “Most people think they don't know anyone gay or lesbian, and in fact, everybody does. It is imperative that we come out and let people know who we are and disabuse them of their fears and stereotypes.” I would add that it is OK to confirm their stereotypes too — some gay men really do like show tunes — as long as we all remember to celebrate our differences instead of condemning them.

Sadly, it is also true that many LGBTQ+ people do not feel safe coming out, at work or in any other sphere of their lives. I encourage people to be as out as they safely can, given their unique situation — where they live, the culture in which they were brought up, and their sense of their colleagues and local leadership.

What I particularly value about NTT DATA Services is its commitment to creating a safe and welcoming environment for all employees, including those who are LGBTQ+. More than anywhere I’ve ever worked, inclusivity at NTT DATA Services is not merely a line in a non-discrimination policy but a genuine embrace of diversity, where our differences are not merely tolerated but celebrated. (When was the last time you bought a greeting card that said, I really tolerate you?) In fact, NTT DATA Services has an Employee Resource Group (ERG) called PRIDE, which was created to “provide programs, opportunities and support to promote an inclusive and equal experience for LGBTQ+ employees and allies within NTT DATA Services.”

Mark Pitcock is a Managing Consultant within Public Sector’s State Health Consulting organization and a member of the PRIDE Employee Resource Group. He joined NTT DATA Services in 2019 via the Cognosante acquisition. In his current role, Mark is supporting the New Mexico Human Service Department’s project to implement a new Medicaid Management Information System (MMIS). He has more than 35 years of Medicaid experience working in state government and for private sector organizations. He is a graduate of Texas Christian University and currently resides in New Hampshire. His pronouns are he/him/his.