State Transportation Authority Revs Into the Future With ServiceNow

Responsible for overseeing highway systems, rail lines and public transit, this state transportation authority has a decades-long track record of ensuring the safety of its 20 million constituents.

The organization worked with NTT DATA to implement a ServiceNow Field Services Management to move from siloed, disjointed communications to a single, unified view at a state level. 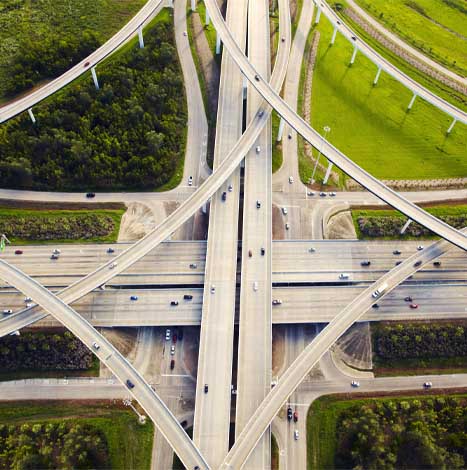 In one of the ten largest states in the country, a transportation authority served more than 20 separate districts that operated semi-independently.

Because of that independence, the agency struggled with silos and lacked a standardized set of practices and systems. In fact, districts that were only four hours apart by car operated as almost entirely separate entities. A standard set of practices would easily scale amid accelerating population growth and complex internal dynamics.

Moreover, manual processes and broken chains of communication plagued the agency. Employees regularly used paper timecards and field services dispatch was deployed over the phone. Team members completed physical paperwork and walk-ups were common within the IT department.

The transportation authority not only sought automation, but also visibility into what types of requests were coming in and where resources were most needed. Without accurate reporting and the ability to justify spend, it lacked the capability to support the work it needed to complete daily.

Furthermore, the agency needed to quickly get a handle on physical assets, including traffic lights, cameras, and digital signage that communicates crucial safety updates like road closures and storm warnings. Minimizing outages for these assets is a full-time, high-stakes task — unlike traditional assets such as employee laptops, a faulty traffic light could have dire consequences for drivers and pedestrians alike.

Because these semi-independent districts rolled into the same state-level government and supported the same taxpayers, the agency wanted top-down visibility to plan and allocate resources more effectively.

The agency set out on a mission to implement a solution that would allow it to manage and monitor physical assets that it could then replicate across each of its diverse counties.

The agency moved from merely responding to incidents to providing proactive service and maximizing uptime — a crucial feat when responsible for constituents successfully getting to work, school and back home on a daily basis.

In a changing world rife with political complexities, extreme weather patterns and shifting demographics, state and federal entities are under increased pressure to make transportation systems more seamless, sustainable, and accessible than ever before.

Facing a large population influx, this agency needed to leverage the right technology to guarantee frictionless, integrated travel across its roads, trains and public transit systems for decades to come.

It found that solution in ServiceNow’s Field Service Management (FSM), and it worked with NTT DATA to make it happen. Not only could FSM span every district to create a more intuitive and efficient experience at the state level, but it could also be implemented on a smaller scale and then expanded within each district at its own pace to ensure the best possible user adoption rate.

The ServiceNow platform also offered more functionality than other Enterprise Service Management (ESM) tools. For example, with proper routing and scheduling intelligence, once a problem is identified, the agency can now send a technician with the most relevant experience to the site, rather than the technician who is simply the closest physically.

The anatomy of a scalable solution

Once the project was defined and underway, the agency and NTT DATA planned and created a project implementation template that each district could use on their own timeline as they sought to increase user adoption.

Armed with this custom template, the agency implemented this new solution in each of its 20 districts on a rolling basis, ensuring high user adoption and a seamless experience. While some district implementations overlapped, the transportation authority had a very successful go-live throughout its multi-year journey.

This state transportation authority successfully moved from a siloed, disjointed instance to a single version of the truth that can now be viewed at a state level. With the new capability to monitor their physical assets in one centralized location, the agency is providing faster and better disaster response along with accurate, real-time data from their physical assets.

The agency moved from merely responding to incidents to providing proactive service and maximizing uptime — a crucial feat when responsible for constituents successfully getting to work, school and back home on a daily basis.

On top of these efficiency and safety wins, the transportation authority can now justify its headcount and ask for additional resources to support the workforce when necessary, thanks to accurate, real-time data.

Looking to the future

Armed with their new FSM tool, this organization now has the blueprint for maturing with ServiceNow as it grows. The successful FSM project has laid the foundation for future platform expansion, setting it up to leverage things like asset management, time tracking and further consolidation of other disparate systems.

Though each district has its own assortment of tools, the agency is well on their way to streamlining its tech stack to ensure future sustainability with ServiceNow.

About This Case Study

A transportation department successfully implemented a ServiceNow solution that allowed it to manage and monitor physical assets that they could be replicated across each of its diverse counties.

This case study was originally written and published by Acorio, which was later acquired by NTT DATA.