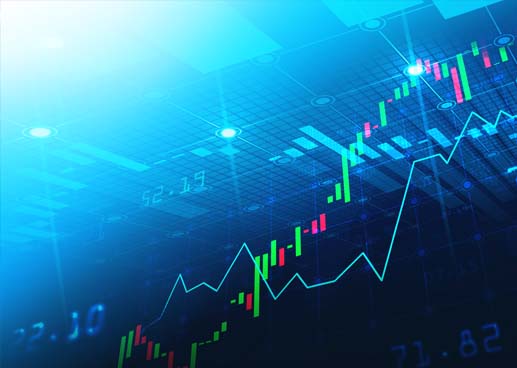 Recent market volatility combined with enormous amounts of dry powder to invest and seasoned investors have created a SPAC revolution. SPAC or Special Purpose Acquisition Company is an investment vehicle formed by a combination of private and public investors who are looking to make an acquisition with the intent to go public. The abundance of funds coupled with alternative models to IPO has propelled SPACs to go beyond fringe capital markets and mainstream. The pandemic notwithstanding, 2020 was a good year for IPOs but an even better year for SPACs, which raised an astounding $64BN of capital last year and is projected to grow in 2021 with a resurgent economy. Only three months into the year, SPACs have already raised more than $88BN in 2021, with 128 SPAC IPOs, according to SPACanalytics.

When a private company is looking to exit and scale through the infusion of new capital, there are three routes it can adopt: a private equity company can acquire it, it can be acquired by a strategic corporate buyer (as an M&A), or it can be acquired by a special-purpose entity, which has the funds to take it public. Each type of transaction has its pros and cons, but SPACs are already the preferred alternative compared to a traditional IPO or an M&A transaction for several reasons:

SPACs also enable corporations to provide independence for a business line through a carve-out and an eventual DPO (Direct Public Offering). With this process, parent companies can carve-out a non-core business with an infusion of cash from external acquisition sponsors. This carve-out will help free up cash for the parent company to focus on its core competency. Carve-outs often operate in different, higher-growth industries than their parents, giving them the opportunity and freedom to scale. Acquiring spun-off subsidiaries of public firms seems less risky for SPACs in terms of due diligence, accounting, reporting, and governance considerations. According to a McKinsey study, revenues for carve-outs grew at an average annual rate of about 13 percent for the first two years after the IPO, compared with around 5 percent for their parents. Once the carve-out is completed, SPACs can invest for further growth and go public. Recently, publicly-traded Packaging Company Ardagh Group SA agreed to sell its beverage-can unit to a blank-check SPAC for $8.5 billion, including debt, making it the biggest SPAC deal involving a corporate carve-out. Another example is EventBrite, which merged with 3D Printing Manufacturer Markforged in a $2.1Bn deal.

The SPAC boom
The recent SPAC boom drove a record of $88BN in IPOs for YTD 2021, with a profusion of SPACs in the healthcare, pharmaceutical and life science sectors. Cerevel Therapeutics, a biotech firm spun out from Pfizer two years ago, will go public through an unorthodox and high-value merger with a blank-check company. CM Life Sciences III, a blank check company formed by Casdin Capital and Corvex Management targeting a life science business, raised about $400 million in an initial public offering. The company plans to target the life science industry, specifically businesses in the life science tools, synthetic biology and drug diagnostics. The Manufacturing and EV Autonomous industry are also seeing increased SPAC activity. Singapore spinoff Hyzon Motors, a carve-out, is now increasingly a SPAC target for going public. In December 2020, Colonnade Acquisition Corporation’s shares skyrocketed after the announcement of the acquisition of lidar sensor maker Ouster Corporation; Volkswagen backed Quantumscape’s merger with Kensington Capital Acquisition Group to produce more solid-state batteries is another prime example, as is Churchill Capitals merger with Clarivate Analytics.

SPACs are slowly and surely shedding their checkered history and penny-stock-frauds label and coming into their own as credible investment vehicles with a strong track record, owing to several factors. First, COVID-19 raised market volatility and made traditional IPOs riskier and second, the market is now cash-rich with over $1.3Tr in dry PE powder. These two factors, coupled with lower yields brought on by the Federal Reserve’s actions and a shorter time to value realization, have resulted in a SPAC boom.

Where to, next?
So, what does the future portend? SPACs could become a preferred route for bringing businesses public, and we may see even more corporations using the method to generate shareholder value. Business combinations resulting from a carve-out and reverse merger with a SPAC run the gamut from mature companies divesting business lines to upstarts that have no sales or product to show. High-quality target companies will find an abundance of opportunities to raise capital while benefiting from the increasingly top-tier talent of SPAC sponsors. SPAC deals are positioned to only gain momentum in the future, offering both divested carve-outs and independent private targets a vehicle for growth.

While SPACs is the way to go, the transaction’s speed comes with burdensome financial reporting and operational challenges.

In the second part of this two-part series, I’ll discuss fiscal, operational and technology aspects, including security and data analytics and explain how CXOs can overcome SPAC challenges in five steps. Stay tuned!