Look No Further — R&D Is in Our DNA 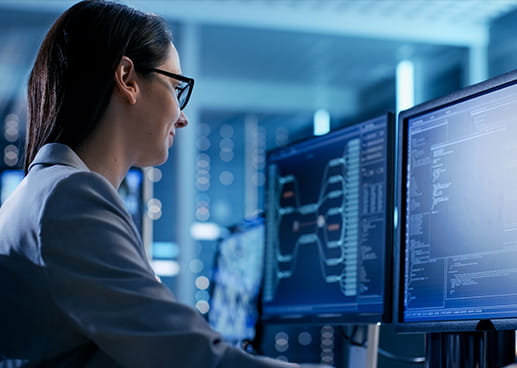 There’s a lesson to be learned from HBO’s hit comedy series Silicon Valley. The show tells the story of a brilliant but socially awkward programmer who launches a new company based on his groundbreaking compression algorithm. He created the algorithm to download music faster, but the tech industry picks up on its incredible potential to do much more. And over time, the small company morphs into a provider of video streaming, mass data storage, and eventually, a “whole new internet.”

The lesson? An innovation designed to do one thing might be destined for something completely different and much bigger. It’s a scenario that has played out repeatedly in the business world throughout history — and not just in high tech. The inventor of Coca-Cola was a Civil War veteran trying to formulate a less-addictive substitute for morphine. Post-It Notes emerged from a failed attempt to develop an adhesive for the aerospace industry. Bubble wrap was originally marketed as a three-dimensional wallpaper before finding its purpose as the world’s favorite packing material.

Repurposing pre-existing innovations is still quite common in our industry today — in fact, it drives the rapid advancement of the digital world we live in. Late last year, I hosted our clients at a research and development forum in Tokyo sponsored by NTT (the parent company to NTT DATA), where we browsed a vast array of emerging technologies that our company is developing. Four of these stories, which range from fully realized to early concepts, stood out to the clients we hosted.

The internet of things is an excellent example of how numerous existing technologies have been brought together to create something bigger than the sum of its parts. Take, for example, the arrival of smart cities, which integrate connected technologies into the fabric of traditional municipal systems. The city of Las Vegas is a leader in this area, working with a consortium of companies to install data-gathering sensors, high-definition cameras, and other networked devices throughout downtown to improve everything from traffic flow and pedestrian safety to waste collection and energy conservation. The sky is the limit for exactly how smart cities can become, as they imagine new tech-driven capabilities to make life better for citizens and visitors alike.

Imagine heading out to Chicago’s Wrigley Field to watch the Cubs take on the Dodgers. As always, the hot dogs are tasty, the beer is cold, and the roar of the crowd is exhilarating. But what if the players you see on the field are holograms and day’s game is being actually played at Dodger Stadium in Los Angeles? It sounds far-fetched, but the technology to make it possible is well on its way.

Media companies will be able to beam live sporting events in three dimensions to remote locations, using a combination of existing video, sensor and projection techniques. Attendees of the R&D forum saw it in action as they viewed live 3D broadcasts of several events that took place elsewhere in the complex. Now, developers are working to fully realize the technology in time to broadcast parts of the Tokyo Summer Olympics in 2020.

In pilot: AI in airports and elsewhere

Artificial intelligence (AI) and machine learning have been building momentum in nearly every industry for years, and yet another new application is emerging in the area of airport security. The Transportation Security Administration (TSA) is already testing biometric screening and facial recognition. But what we saw at the Tokyo forum utilizes AI for baggage scanning to augment what human agents see to identify potentially dangerous items instantly. Currently, there is difficulty in keeping up with constantly evolving devices that could pose a threat to air travel. AI-equipped scanning systems would not only help to make air travel safer, but they could also help TSA operate more efficiently and shorten the dreaded security lines for passengers.

Down the road: quantum optimization

Quantum computers are still a fringe concept, but experts predict they have the potential to become far more powerful than today’s biggest supercomputers. While these conceptual machines are often associated with the quest for world-changing achievements like curing cancer, businesses are already thinking in more practical terms.

For example, a certain manufacturing company with a large distribution network is considering this technology as a way to optimize transportation. A quantum computer could analyze every possible combination of routes while accounting for traffic, truck loading times and the urgency of each delivery going far beyond the capabilities of today’s mapping applications. This advancement would present the perfect real-time combination of scheduling with minimal distance and drive time for thousands of vehicles. Such capabilities could dramatically streamline logistics and save the company millions.

It would take years for a normal computer to crunch this amount of data; theoretically, a quantum computer could do it in seconds.

Every organization is looking for the next game-changing technology to delight its customers, make a process more efficient or ensure relevance in our digital society. Chances are the R&D has already been done by someone else. The big question is: How can companies identify that next killer app proactively and use it to their advantage?

The winners of the digital arms race don’t simply stumble upon greatness. They make their own luck by taking deliberate steps to define the needs of their organization and their customers and bring solutions to the surface. In concrete terms, that includes actions such as appointing people to stay on top of emerging trends and technologies, attending trade shows, hosting innovation programs or hackathons, and closely monitoring the work of industry leaders as well as pioneering startups. It could also mean enlisting the support of technology partners with the resources and expertise to turn radical ideas into bankable products.

This week I had the pleasure of joining colleagues from Tokyo who attended the grand finale of our Open Innovation Contest. Two U.S.-based companies competed against other finalists from around the world for the top spot where one was awarded in-kind contributions to get their ideas off the ground and in-market. San Francisco-based company IoTium received the “Judges Award,” and Catalia Health,  also based in the bay area, made the top 10.

With all the noise in the market about new shiny objects, we are hyper-focused on bringing market-ready — and even proof of concept — R&D to our clients and partners. From using AI to better understand our clients, customer medical needs, to using IoT to reduce energy usage in some plants by up to 40% — client-enabled R&D — it’s in our DNA. 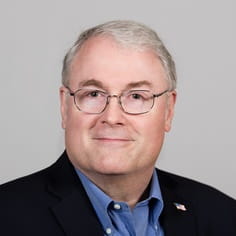 Kris Fitzgerald is chief technology officer for NTT DATA Services. He leads the company’s global Intelligent Automation technology strategy. In addition, Kris leads client innovation programs, leveraging NTT Group R&D and related investments to enhance service delivery and business outcomes for our clients. Kris has over 40 years of progressive experience in IT, spanning industries from retail to telecom, digital banking Transfer to commercial and others. Kris currently serves as a member of the University of Texas, Jonsson School of Engineering and Computer Science Executive Council and is a contributor to Forbes Technology Council.