Blockchain — Is it a New Channel? 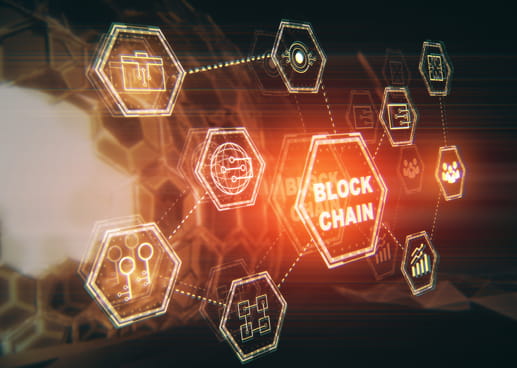 When I first heard about blockchain, I was skeptical. Truth is, I am still skeptical — but not about everything. Cryptocurrency was the first application of blockchain, and as a currency based on no gold standard, that was a tough sell for me. But then I read more about the technology, and began to understand the reasons why people were trying to use it to solve other problems, predominantly related to the speed of transactions.

Thinking about the development of blockchain made me think of other technologies that started off solving one problem and then evolved into solutions for many other issues. For example, mobile technology was created to have conversations and make users accessible while away from their offices or residences. Initially the technology was contained to car phones. Then it evolved into handheld devices. Over time it has evolved into a robust channel used to deliver content and innumerable customer experiences.

Similarly, blockchain is another technology that was intended to solve a specific problem, but has the potential to change the way we approach many other challenges. And while many expectations of blockchain may be fulfilled, it may never be used to back currency and conduct financial transactions, which was the basis for its creation.

Let's get to the point

Should we then be looking at blockchain as a new channel that we will use for communicating and conducting business? Most conversations today discuss the individual merits of blockchain, which are the foundations of its value. However, if we look at some of the broader discussions, I think we'll see the similarities to how mobile developed into the channel it is today:

So why couldn't blockchain be a channel too?

Like the cloud, you can have public and private versions of blockchain. However, in this case, you must be on the blockchain to interact with applications, data and partners that have stored or are sharing information on the blockchain. This is not necessarily the case with cloud. For example, you can enter and exit the cloud if you are passing the right credentials without having to be "in the cloud" too.

Oh, and did I mention that companies are looking to secure VOIP with blockchain? It means we're soon going to have blockchain-based phone/videoconferences. Why is this important? Because blockchain will be a mechanism for the conversations of the future. Even though it might only be used by corporate employees for business purposes, it still means that blockchain will be crossing over into a more ubiquitous medium for communicating, interacting and transacting.

Also, like mobile, which began with Code Division Multiple Access (CDMA) and Global System for Mobile (GSM) technologies, there are different ways of creating and working on blockchains: Ripple Consensus Network, Openchain, Ethereum, Corda and others. There are variations that are being developed as both offshoots or new versions for specific solutions as well such as for insurance of cargo and strengthening trade ties between two countries.

Blockchain: A channel of the future

We're not quite there yet, but we are on a path where blockchain could be a "channel of the future," as opposed to a technology that primarily is used to back currency and conduct financial transactions. People are using blockchain like mobile, to share information, send money, view and retrieve data, control access to information and protect information. It is still not accessible to everyone, (like mobile in the early days) — you might be restricted from using it because of bandwidth and technology infrastructure in your native country or region.

Blockchain has been around for a few years now, but has been primarily consumed with its core functions for the most part: data protection and security for cryptocurrency, transactional efficiency, and data sharing. But with the rate at which we innovate and evolve and since this technology allows us to translate currency value in a data value we will uncover new applications for blockchain at an exponential rate.

Do you believe blockchain is a new channel? Share your thoughts and where you see blockchain going and how you’d like to apply it in your environment.