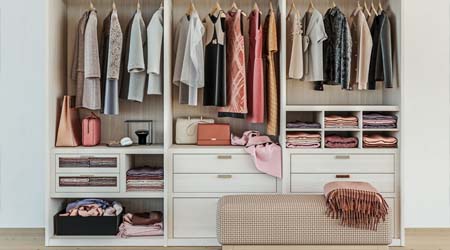 This specialty retailer is a well-known household name whose stock is traded on the NYSE. With about 100 stores across the US and a strong eCommerce presence, this retailer is known for its inspiring merchandise and is also consistently ranked as one of the best places to work.

Grow developer & IT agility through automation

As the retail industry is changing rapidly, this organization was looking to enable its in-house development team to stay nimble and one step ahead of the competition. Tasked with servicing the organization’s eCommerce site and in-store systems, the company decided to create an IT modernization plan that was broken into discrete projects. The first such project was to grow developer and IT automation, increasing their productivity and the ability to quickly iterate on innovation.

Moving away from their environment where every server was built from scratch and manually patched began with the Dockerization of this company’s applications. As applications were packaged in containers, Flux7 worked on site, hand-in-hand with this company’s team to teach them about Docker, layering containers, and the use of HashiCorp Vault and Consul outside of Docker for secrets management and service discovery.

Once applications were Dockerized, Flux7 and the customer began developing Ansible playbooks for provisioning Docker Swarm, a clustering and scheduling tool for Docker containers. Swarm makes it easy to manage a cluster of Docker nodes and in this case, we deployed the Swarm cluster into a sandbox for testing. In parallel with our Ansible playbook development, we also began to develop the microservices environment employing NGINX, Consul, Consul-template, Vault, and Registrator. The end result of these steps was a completely automated software provisioning and cluster setup.

With our automation well on its way, we next developed scripts for building containers for automatic push to DockerHub, and deploying containers to Swarm cluster(s) using the docker-compose file. And, we set up logging via Splunk. With the final steps near completion, we finalized the customer’s code pipeline with full CI/CD automation and prepared for deployment. The firm’s Dockerized microservice applications were deployed into production along with an active Vault secret store.

With its immutable infrastructure in place, this retailer is now using blue-green development techniques, bolstering its DevOps approach and reducing the likelihood of interruptions during patching or upgrade activities.

What’s Next:  Next up for this retailer: the lift and shift of its eCommerce site to the cloud to grow elasticity and better meet daily and seasonal traffic peaks with greater cost control. In addition, the company plans to create a multiple AZ cloud-based DR system while further strengthening its security, compliance and risk-related controls.

As a development shop that wears multiple hats, this retailer’s development team was keen to standardize on a single platform.  Its environment had grown complex and difficult to manage; yet, with new Docker container-based microservices working in conjunction with tools like Ansible, Docker Swarm and Hashicorp Consul and Vault, the organization has gained a higher level of automation. This automation has, in turn, allowed developers to get to work faster, iterate with agility, and create more strategic impact on the organization.

For this specialty retailer, Flux7 DevOps experts increased the efficiency and effectiveness of the company’s development and IT teams.  Applying DevOps principles, Flux7 and this specialty retailer created a fully automated CI/CD pipeline, eradicated human error in repeatable tasks, and increased the amount of time developers can spend on strategic projects, setting the stage for the next set of IT modernization projects. In the end, this retailer’s development team now has an optimized developer workflow, which has given way to greater innovation that is quickly introduced to customers, creating a direct and immediate impact to the business.