As part of a divestiture agreement with Philips Lighting, Lumileds needed to separate its extensive SAP ERP and treasury systems from Philips on an aggressive deadline, or face significant financial penalties.

Lumileds engaged with NTT DATA to manage the SAP separation, including design, test and deployment, in a 14-month global effort delivered on time with enhanced functionality and performance.

With more than 100 years of innovation, Lumileds is a leader in LED lighting solutions for the automotive, camera flash and general lighting markets. Lumileds relies on SAP solutions to support the manufacture of its high-performance products and the global operations of its business.

Lumileds was a business unit operating within the Philips Lighting company until July 2017 when Philips spun off Lumileds in a divestiture agreement. That agreement dictated that Lumileds separate its SAP systems completely from Philips within an aggressive time frame or face significant and ongoing financial penalties.

The Lumileds IT team understood the ambitious nature of the SAP systems separation, which they dubbed Project STAR for “SAP • Transform • Accelerate • Realize”. “The task was daunting,” says Josh de la Cuesta, Lumileds’ vice president of information technology and chief information officer. “Running a company the size of Lumileds with global operations and 9,000 employees, you could imagine the ramifications of having to do a whole company system separation. Our ability to book, bill, ship and accurately report financials—all of those key aspects run around ERP systems. In addition, we had a number of new peripheral systems that we had to bring up related to planning, supply chain, reporting and new components.”

De la Cuesta continues, “In terms of a whole company systems separation, it doesn’t get any more difficult than that. Shortly after the divestiture, and in our early planning, we started engaging with NTT DATA.” 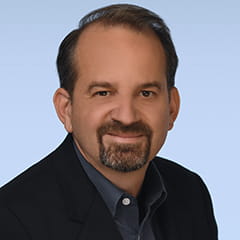 “In terms of a whole company systems separation, it doesn’t get any more difficult than that. Shortly after the divestiture, and early on in our planning, we engaged with NTT DATA… I could really see from the beginning that they were going to be able to accommodate our special needs, be flexible and have all the different solutions and components that we needed.”

The Lumileds team reviewed proposals from leading IT solutions providers to undertake Project STAR. When it came to the final selection, de la Cuesta said “Alignment with our business partners was important to me. We knew that there was a lot of unknown, and so we were looking for partners that could accommodate that. We had talked to a number of other solution providers. They seemed to have their own agenda. We had great alignment from the beginning with NTT DATA. At the end of the day, it really came down to their ability to connect and build the relationships between our two companies.”

Once underway, Project STAR required extensive collaboration between Lumileds and NTT DATA SAP Services teams around the globe. De la Cuesta says, “The scope was 47 applications, which includes three SAP kernels. Six-hundred people were involved in testing the solutions and systems. We had 150 interfaces, all of which had to be tested and working properly.”

According to de la Cuesta, NTT DATA filled several unanticipated gaps during the project, “Some of the infrastructure components were behind schedule and NTT DATA was able to build out a parallel infrastructure environment to keep some critical testing on schedule.”

Fourteen months into Project STAR, it was time to cut over from the legacy Philips SAP system to the new standalone system at Lumileds. De la Cuesta says, “The cutover was actually a very exciting time. Very similar, I think to a moon landing scenario. We built out a command center in Amsterdam. We had everybody there from Lumileds IT and NTT DATA. We ran the cutover for four days continuously and when we cut over on Monday, we had all our employees working in the new systems. That was the plan, we did it, and it was a major accomplishment.”

Beyond the successful systems separation, de la Cuesta is pleased with several additional benefits of the new SAP system compared to the prior environment. One benefit is a 40% reduction in financial closing times. Per de la Cuesta, “Prior to the completion of the STAR project, it took about five days to close the books. And now with our new systems, we are able to close the books in about three days. That’s a major improvement.”

The new system has accelerated general reporting performance by 50%. “The time it would take to run 60 reports,” says de la Cuesta, “we can now run 90 reports and that gets back to helping improve productivity in the business.”

As a manufacturing business, minimizing the amount of inventory on hand is critical to profitability. According to de la Cuesta, “We have been able to reduce the number of days of inventory based on better visibility that we now have with enhanced reporting.”

As de la Cuesta sees it, the relationship that Lumileds built with NTT DATA doesn’t end with Project STAR. De la Cuesta says, “Our experience with NTT DATA has been really great. I could really see from the beginning that they were going to be able to accommodate our special needs, be flexible and have all the different solutions and components that we needed. We've started a number of NTT DATA Application Management services around productivity enhancements and cost, post cutover, and NTT DATA is a big part of that.”